A Review of the Obamacare Process

How did we do with the huge undertaking of providing Affordable Health Care to every American?? Let’s review. 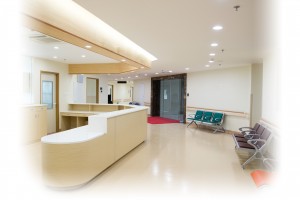 With all of the planning and new laws enacted, what happened in 2014?

The idea was to make care more affordable. Tax credits were to be easier for the middle class to make insurance affordable and available. Premium payments are based on annual income. Americans who earn less than 133% of the poverty level (approximately $14,000 for an individual and $29,000 for a family of four) would be eligible to enroll in Medicaid. States will receive 100% federal funding for the first three years to support this expanded coverage, phasing to 90% federal funding in subsequent years, effective January 1, 2014.

When employers don’t provide insurance, people are able to buy it from the general marketplace which was to offer a choice of benefits with variable costs. Small business tax credits were available for qualified business and small nonprofit organizations. The credit is up to 50% of the employer’s contribution for health insurance.
So what happened with all this new law???

15 million Americans who didn’t have health insurance before the ACA was signed into law in 2010 are now covered, bringing the total uninsured adults in the US from 18% to 13.4%. During the year many dropped their plans, or didn’t yet renew them for 2015. Still, for open enrollment in 2015, there is a hint by the numbers that a larger number of total enrollees are anticipated. Enrollment is expected to increase as people respond to subsidies and to penalties for failure to obtain coverage (imposed by the Internal Revenue Service).

Arguments rage among the pundits about the actual numbers, suggesting that more people have dropped their plans because they can’t afford it, and that the coverage is not that good. With deductibles as high as $6,000, before insurance pays anything is questionable.