Reported by Reuters news, medical information is worth 10 times more than credit card number on the black market.

Last month, the FBI warned healthcare providers to guard against cyber attacks after one of the largest U.S. hospital operators, Community Health Systems, Inc., said Chinese hackers had broken into its computer network and stolen the personal information of 4.5 million patients. 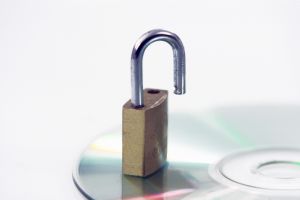 Security experts say cyber criminals are increasingly targeting the $3 trillion U.S. healthcare industry, which has many companies still reliant on aging computer systems that do not use the latest security features.

“As attackers discover new methods to make money, the healthcare industry is becoming a much riper target because of the ability to sell large batches of personal data for profit,” said Dave Kennedy, an expert on healthcare security and CEO of TrustedSEC, LLC. “Hospitals have low security, so it’s relatively easy for these hackers to get a large amount of personal data for medical fraud.”

The data for sale includes names, birth dates, policy numbers, diagnosis codes and billing information. Fraudsters use this data to create fake IDs to buy medical equipment or drugs that can be resold, or they combine a patient number with a false provider number and file made-up claims with insurers, according to experts who have investigated cyber attacks on healthcare organizations.

Medical identity theft is often not immediately identified by a patient or their provider, giving criminals years to milk such credentials. That makes medical data more valuable than credit cards, which tend to be quickly canceled by banks once fraud is detected.

Stolen health credentials can go for $10 each, about 10 or 20 times the value of a U.S. credit card number, according to Don Jackson, director of threat intelligence at PhishLabs, a cyber crime protection company. He obtained the data by monitoring underground exchanges where hackers sell the information.

Marc Probst, chief information officer of Intermountain Healthcare in Salt Lake City, said his hospital system fends off thousands of attempts to penetrate its network each week. So far it is not aware of a successful attack.

Consumers sometimes discover their credentials have been stolen only after fraudsters use their personal medical ID to impersonate them and obtain health services. When the unpaid bills are sent on to debt collectors, they track down the fraud victims and seek payment.

A case last year involved a patient who learned that his records at a major hospital chain were compromised after he started receiving bills related to a heart procedure he had not undergone. The man’s credentials were also used to buy a mobility scooter and several pieces of medical equipment, racking up tens of thousands of dollars in total fraud.  With the shift from paper to EMRs (Electronic Medical Records), the likelihood of cyberattacks has steadily increased.