The number 1 reason CMS denies claims is for use of the Evaluation and Management codes (E/M). These are the codes used to describe the evaluation and treatment of various disorders that are not procedures. 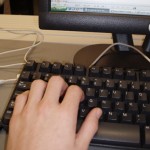 With the E/M codes, medical necessity is the primary factor and the documentation has to be in place to support the service. Audits are always on the lookout for claims with norms that are higher than average.

Misuse of CPT code modifiers is pegged for Inspector General(OIG) checking this year. To make it more complicated, new sub-modifiers are to be used to improve specificity rather than using the typical -59 modifier.

Modifier 59, is employed to show a distinct procedural service modifier and is reported with a CPT code combination when a coding rule has to be met, when another, more specific modifier (multiple-51 or bilateral-50) will not explain the situation to the payer, or when the code combination is correct, but the payer has a reimbursement edit in place.

Proper modifier usage can be one of the biggest hurdles to filing a clean claim.

Medicare recently announced they’ve established four new modifiers – XE, XS, XP, and XU – that may be used in lieu of modifier -59. The codes are more specific and become effective January 1, 2015.

Modifier XE
Separate Encounter: A service that is distinct because it occurred during a separate encounter.

Modifier XP
Separate Practitioner: A service that is distinct because it was performed by a different practitioner.

Modifier XS
Separate Structure: A service that is distinct because it was performed on a separate organ/structure.

Modifier XU
Unusual Non-Overlapping Service: The use of a service that is distinct because it does not overlap usual components of the main service.

Since CMS reports anticipated payments of $770 million in claims this year, and error rates for misuse of the modifier -51 will be closely scrutinized and efforts made to recover any overpayments or deny payment altogether. Fines for misusing codes is $10,000 for EACH occurrence.

For a full understanding of the law and provider-patient rights and responsibilities is in this manual:
CMS Regulations

For coding training and the ability to use all the codes, ICD-9,10, HCPCS, CPT, read this:
Coding Complete