Medical Records are not a new invention

Records have been kept on patient care since people first developed the ability to write. At the beginning of the 20th century, stenographers entered the scene who took the doctor’s dictation in shorthand. This method was used until the invention of audio recording. 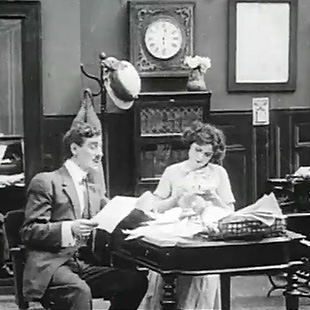 With that ability, doctors would talk into a mic, record their report and a transcriptionist would type it up on a mechanical typewriter, and the paperwork filed in the patient chart.

The Evolution of Medical Transcription Technologies

Note the blue plastic circular “Dictabelt,” which was cut by a needle in the dictation process, much like the old 45 and later music records. 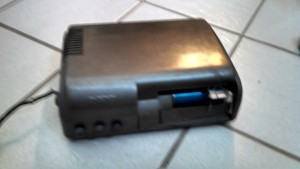 Most hospitals used the Dictaphone plastic belts. They slipped onto a cylinder in the transcriber unit and moved it forward and backward with a foot pedal. 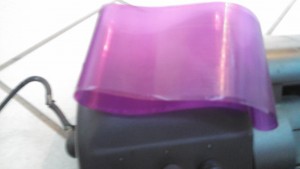 Typewriters like the IBM Selectric typewriter were a wonderful improvement over the mechanical typewriters since it allowed you to insert a tape and hit a typo error then type over it to make the correction.

They also had a stroke counter so you could multiply the strokes by 5 to get a word count, which was how many transcribers would charge for their services. 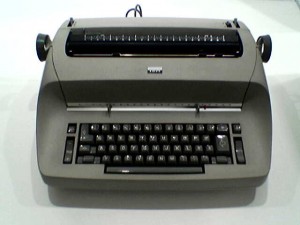 The first remote dial-in systems consisted of an approximate 3’x3’x6” box with miles of recording tape inside and recorder-coupler-connected to a couple of telephone lines. The dictator would call in, hear a beep, then dictate.

With paper tape about one inch wide, each keystroke on a typewriter punched a hole in the tape. Once a document was completed the tape was fed through a reader to produce the printed output.

When the tape tore, which was often, a splicer was provided allowing the operator to neatly glue the tape back together.

In the mid-80s came a major breakthrough with computer word processors. When the first word processors with the 8088 chip emerged, combined with WordPerfect 4.0 and Pro-Comm (software), transcriptionists were able to be more productive and move files from their site to customers’ offices.

DOS (with Windows) was used in the word processing business (and virtually everything else for a time). The word processing software that was primarily used at the time was WordPerfect, however, Microsoft figured out how to get an edge so MSWord became the standard for transcription.

Hooking a computer to a modem then allowed pools of transcriptionists to access remote customers who had their own dictation systems. Dialing into a hospital several thousand miles away, transcribing the records and digitally sending them for in-house printing was a huge milestone.

In the late 1980s, voice recognition was introduced. It allowed computer software to translate a voice record into a digital report; however, with all of the idiosyncracies of medical dictation and its various dictators (slow vs fast speaking, non-native-English speaking doctors) created a huge error margin. Then the transcriptionist became an editor who would review the digital record, often listening to the voice record to edit the completed file.

The last few years, the Electronic Medical Records, now mandated by law, and its various failures makes the healthcare news on a daily basis. Many vendors jumped into the arena and sold software to providers (hospitals, doctors, etc.). However, since no common standard was ever developed or required, none of the systems talk to each other which eliminates the primary reason they were developed – easy access to a centralized record = better patient care.

Wherever medical records migrate, medical transcriptionists will be in the vanguard.